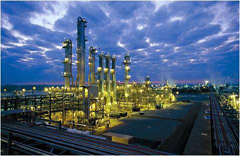 The West Virginia Legislature is moving forward with Charleston Regional Chamber of Commerce approved bills, including one to provide economic incentives to businesses that locate a facility (commonly known as a “cracker”) to convert natural gas into ethylene.

Last week, SB 206, (HB 4086) which provides property tax relief to companies that invest at least $2 billion towards a cracker was signed by Gov. Earl Ray Tomblin. It becomes effective on July 1.

The bill provides for a 25-year tax break to crackers, and would level the playing field for West Virginia in its quest to recruit a facility.

Construction of a cracker would require an estimated $2-$3 billion in capital investment and generate upwards of 2,000 construction jobs, and several hundred permanent high value jobs at the facility. It would help revitalize the state’s chemical industry and spark significant “downstream” production resulting from the ready access to ethylene.

The Charleston Chamber strongly supports measures to ensure West Virginia is competitive with others, including Ohio and Pennsylvania, that are vying to bring a cracker to their states.   In other action, support is gaining for the Twenty First Century Business Technologies Property Valuation Act (HB 3040). The Chamber backed legislation focuses on policies to encourage investment in businesses that create high-value jobs, diversify the state’s economy and promote sustainable growth.

Currently, the bill is in the House Energy, Industry and Labor, Economic Development and Small Business Committee. After that, it’s slated to be introduced to the Finance Committee.

The Chamber continues to push for legislation to attract and retain young people and encourage higher education completion rates in West Virginia. For the third year, the Charleston Chamber is championing a “Brains for Business” bill that would provide tax credits to West Virginia residents for the first two years after they receive an associate, bachelor’s or advanced degree from an accredited institution.

The bill received strong support in the West Virginia Senate during the 2010 and 2011 legislative sessions. Earlier this month, the Kanawha County Commission threw its support behind the bill with an official resolution.

The Charleston Chamber will continue to work with our legislative leaders on policies that will support job creation and build stronger communities in coming weeks, and keep members informed of critical issues that will impact our future.