West Virginia is upping the ante as states in the region compete to land a “cracker.” Two bills providing economic incentives to businesses that locate a facility (commonly known as a “cracker”) to convert natural gas into ethylene in West Virginia are moving through the West Virginia legislature. SB 206, proposed by Governor Earl Ray Tomblin, provides property tax relief to companies that invest at least $2 billion towards a cracker. A similar bill was passed 99-1 yesterday by the House of Delegates.

Construction of a cracker would require an estimated $2-$3 million in capital investment and generate upwards of 2,000 construction jobs, and several hundred permanent high value jobs at the facility. The downstream facilities that could be derived from this initial cracking facility could create hundreds or thousands of more jobs. 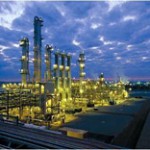 The cracker would capitalize on the Marcellus Shale natural gas reserves, which are distinguished not only by their vast size, but by their high levels of ethane, which through conversion to ethylene, provides the building block for most of the world’s chemical products. A cracker would help revitalize the state’s chemical industry and spark significant “downstream” production resulting from the ready access to ethylene.

The Charleston Chamber strongly supports measures to ensure West Virginia is competitive with others, including Ohio and Pennsylvania, that are vying to bring a cracker to their states. Neither of those states taxes non real-estate property. The bills proposed by Governor Tomblin and other leaders, which provide a 25-year tax break to crackers, would level the playing field for West Virginia in its quest to recruit a facility.

“The Marcellus Shale is the most significant economic development opportunity our state has faced in generations,” said Charleston Chamber President Matt Ballard. “We need to remove the barriers that put our state at a competitive disadvantage. It’s imperative that we act now to keep the benefits of Marcellus Shale in West Virginia for West Virginians.”

In other action, support is gaining for a measure to attract and retain young people and encourage higher education completion rates in West Virginia. For the third year, the Charleston Chamber is championing a “Brains for Business” bill that would provide tax credits to West Virginia residents for the first two years after they receive an associate, bachelor’s or advanced degree from an accredited institution.

The bill received strong support in the West Virginia Senate during the 2010 and 2011 legislative sessions. Last week, the Kanawha County Commission threw its support behind the bill with an official resolution.

The Charleston Chamber will continue to work with our legislative leaders on policies that will support job creation and build stronger communities in coming weeks, and keep members informed of critical issues that will impact our future.