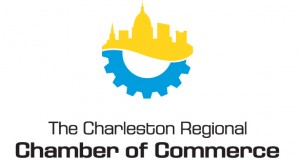 The Charleston Regional Chamber of Commerce is pleased to have represented our members throughout the 2014 legislative session.

There were 1876 bills introduced during the session and 200 bills  completed the legislative process (105 House bills, 95 Senate bills).

Here is a review of some of the key legislative outcomes from the session:

Pushed by the Charleston Chamber and Vision Shared, this job creation legislation passed and is on its way to the Governor for his signature.

The legislation focuses on creating jobs in high tech industries, many of which currently do not exist or minimally exist in the current economy in West Virginia.

The legislation encourages creating   economic “clusters” or geographic concentrations of companies, specialized suppliers, service providers and associated institutions in a particular field that are present in specific region.

The legislation also encourages businesses within a “Project Launchpad” zone to have a student loan debt repayment policy for their employees.

It is anticipated that the federal government may increase the national threshold for the minimum wage soon and the Charleston Chamber will keep you apprised of any changes.

If the federal government increases the minimum wage to levels exceeding what was passed by the Legislature, federal law would supersede state law.

Under the new Aboveground Storage Tank Act, owners and operators of all covered ASTs must register their tanks with the West Virginia Department of Environmental Protection (WVDEP).

As of October 1, 2014, it will be unlawful for any owner or operator to operate or use an AST that has not been properly registered. The legislation also directs WV Department of Environmental Protection (WVDEP) to establish permitting procedures for new and existing ASTs, as well as performance standards for design, construction, maintenance, corrosion detection, secondary containment and leak detection.

Notably, the bill contains a limited waiver to this permitting program for certain categories of tanks that either do not represent a substantial threat of contamination or that are currently regulated under standards that meet or exceed the requirements established by the new statute.

Finally, in addition to the new AST program, SB 373 also establishes, among other things:

© 2023 The Charleston Regional Chamber of Commerce. Created for free using WordPress and Colibri