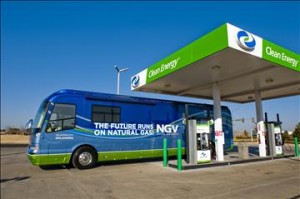 The Charleston Regional Chamber of Commerce is asking members of the public to voice their support to West Virginia legislators and get Senate Bill 624 passed.

The bill would allow the tax credit in existing law to be transferable, even for governmental entities. If this legislation passes, it could lead to tremendous savings for West Virginia taxpayers and our state government.

Prior to the expiration of the credits, governmental entities were able to use it to help pay for the cost of conversion. Allowing the transferability of the state alternative fuel vehicle tax credit would help replace this lost assistance.

With the recent Marcellus and Utica Shale gas discoveries, natural gas has become important commodity in West Virginia. As a result, many in the state believe natural gas could be utilized as a cleaner, alternative fuel.

Natural gas conversion has been the focus of Kanawha Converts, a consortium of local governmental and business leaders, economic development, energy, and education agencies. The consortium was created through seed funding by the Kanawha County Commission for compressed natural gas (CNG) as a vehicular fuel for its fleet vehicles.