This op-ed from Chamber Chairman Michael Basile appeared in the March 9 Charleston Gazette. 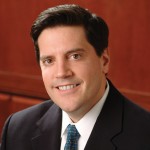 We have all heard about “diversifying our portfolios.” To invest everything in one pot is unwise – a risky gamble. Expanding assets means greater prosperity.

Why should West Virginia act differently? Playing roulette with our future, placing all bets in a single square, is not reasonable. We must diversify the economy, encourage investment in businesses that create high-value jobs and promote sustainable economic growth.

The Charleston Regional Chamber of Commerce has been a strong proponent of policies that support research and investment in new technologies thereby creating good-paying jobs and a stronger economy. We believe the tax incentives articulated in the West Virginia Economic Development Act of 2010 – now Senate Bill 493 – are examples of the bold and innovative policies that are fundamental to promoting innovation that creates opportunity for our citizens and meaningful and sustainable economic growth for our state.

In the face of continuing pressures on the United States and state economies, coupled with a challenging regulatory environment for the region’s traditional industrial sectors, West Virginia’s future depends on its ability to broaden its horizons.

“States with a diverse set of economic drivers are much more likely to weather economic storms than others,” noted Kenneth Poole, director of the Center for Regional Economic Competitiveness, writing in the February 2010 edition of “State of Business.”

Under the Twenty-first Century Business Technologies Property Valuation Act, tangible personal property directly used in a 21st century business technology would be taxed on its salvage value (5 percent of cost).

A report was compiled by the Market Street Service research firm for West Virginia: “A Vision Shared,” assessing West Virginia’s strengths and weaknesses.

The report stated: “For West Virginia to achieve long-term economic health and stability, it must continue to modernize its programs and government systems according to best practice standards. Finding solutions will not be easy, and the time to initiate change is never convenient. However, West Virginia’s leaders have proven they can address difficult issues, build bridges, reach consensus and create working solutions.”

In conclusion, the report suggested building a business environment for the new economy by reforming the court system through independent review; strengthening bridges between high school and college; making economic development a driving tenet of the community and technical college system; and supporting entrepreneurs and researchers by expanding research trust in funding and scope.

Gov. Joe Manchin and officials from several public and private organizations in the Kanawha Valley have already begun that process in their effort to work on saving or expanding the South Charleston Technology Park, a facility that is perfectly suited to the Economic Development Act goals and which could become an East Coast hub for energy innovation, research and development, and commercialization.

Today, the Tech Park employs more than 500 people. With the Act in place, it could employ thousands tomorrow. The legislative initiatives within this bill are not just for the Kanawha Valley but can be utilized by economic development professionals and businesses throughout the Mountain State.

This bill is about change, creating an economic environment conducive to growth rather than the dying monotony of a status quo that continually drives valuable minds away from the state.

At stake is our future. We could gamble, because gamblers sometimes win big.

It’s doubtful, though, that many still will be waiting around when the roulette wheel stops.