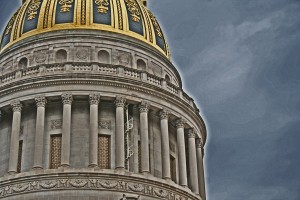 Home rule laws championed by the Charleston Regional Chamber of Commerce are helping West Virginia cities like Charleston address local problems. The Charleston Chamber joined with the Huntington and Morgantown Chambers as early supporters of so-called “home rule” legislation that provides municipalities with authority to handle concerns such as enforcement of building and zoning codes.

The Charleston Chamber now urges the West Virginia Senate to pass legislation to make permanent the provisions of a home rule pilot program created in 2007. The House of Delegates has already passed two bills supported by Governor Manchin that would help cities better regulate vacant buildings and burned-out structures.

As reported in today’s Charleston Gazette article, “Home rule a boon to city Planning Department,” these laws give cities the flexibility they need to solve local concerns.

Two of the Charleston Chamber’s 2010 legislative key priorities, Brains for Business and the Economic Development Act of 2010, were passed by the Senate and moved on to the House of Delegates.

Brains for Business promotes higher education and creates a stronger workforce for West Virginia by providing tax breaks to state residents the first two years after they graduate from an accredited two-, four- or graduate-level program.  This translates into a pay raise for educated young people and will give them a boost to get started in their careers and rooted in their communities.

“Brains for Business” will help keep our best and brightest young people in the state and build the next generation of leaders who will help our communities and businesses grow, innovate and stay competitive in a changing world.

The West Virginia Economic Development Act, which provides tax incentives for investment in 21st century technologies such as cloud-computing, energy conservation, clean-coal technology and renewable energy, cleared the Senate and now will be considered by the House of Delegates.

The Charleston Chamber is a strong proponent of policies that support research and investment in new technologies to create good paying jobs and a stronger and more diverse economy. We believe that the West Virginia Economic Development Act is an example of the bold change needed to promote innovation that will create opportunity for our citizens and meaningful and sustainable economic growth for our state.